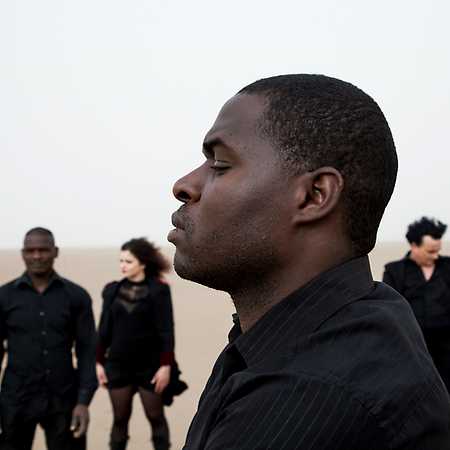 Ifriqiyya Electrique was founded in the south of Tunisia, in the Djerid Desert area. In that region of the world, the life of local residents concentrates on e.g. the ritual of Bangui, during which the so-called Adorcism is performed, that is, receiving, a spirit. The title of the album Rûwâhîne just refers to one of the names of such a ghost. Banga is also a kind of musical tradition based on rhythm and polyphonic parties sung at a fairly fast pace. Members of Ifriqiyya Electrique combine electronics and distorted guitars with post-industrial clamor (mainly within guitars and percussions). Mixing stylistics is definitely the hallmark of this group. Their music can be described as a combination of polyphony (at the crossroads of African and Arab influences), a polyrhythmic section and a slightly funky post-metal guitar with a touch of noise, scratch, and electronics.