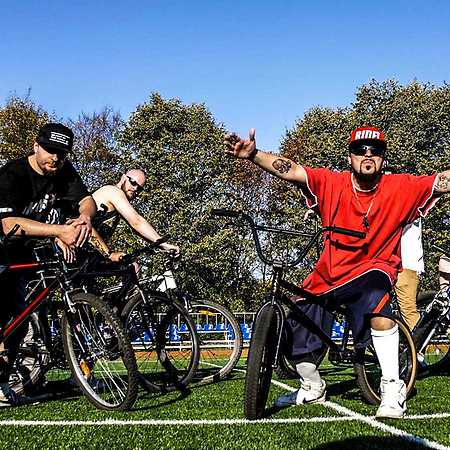 Hope is a Poznań based nu-metal band. During the whole period of his activity the band has enjoyed many successes, among others they played a huge number of concerts in Poland and abroad (Czech Republic, Bulgaria, Russia, Germany, Switzerland). It has been admired many times on the stages of the Woodstock or LuxFest Festival. It has performed alongside such stars as Limp Bizkit, Body Count, Suicidial Tendencies, Hactivist, Hed PE. Currently, the audience can remember the band best after their performances in the 10th edition of the show Must be the Music, where they took second place in the final. At this point the band is in the final stage of releasing their next album. The band consists of Kroto (vocals), Adi (guitars), Łysy (guitars), Rojek (bass), Gnievo (drums), Muerte (dj) and Kosta (dj).