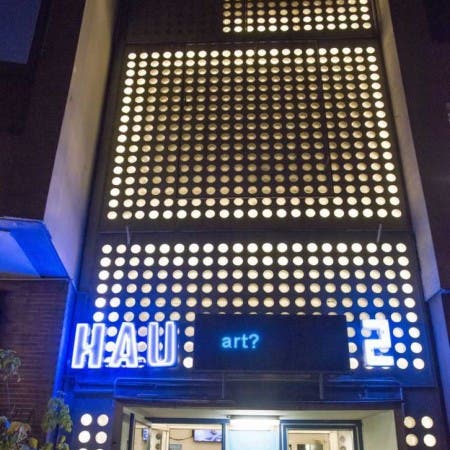 The Hebbel am Ufer (HAU), in Berlin-Kreuzberg, was founded in 2003/2004, as a combination of three different theatres in Berlin. The HAU does not have its own ensemble, but offers a venue for festivals, guest performances and co-productions. The HAU consists of the traditional Hebbel-Theater, the Theater am Halleschen Ufer and the Theater am Ufer. The union of the three theatre houses increased attendance and opportunities for each and every one of them. HAU also organizes installations or performances outside the venues in socially problematic areas.