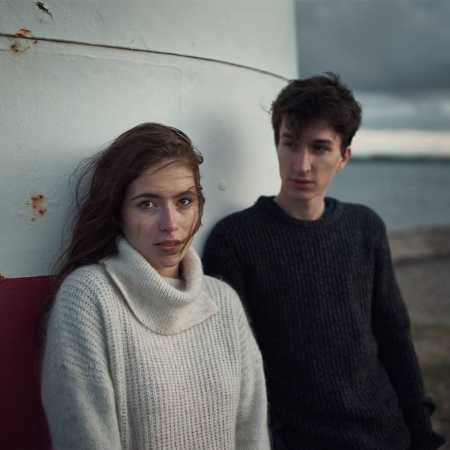 Hannah & Falco  Eye Of The Storm

Hannah & Falco are a german folk duo from Würzburg, Bavaria that consists of singer Hannah Weidlich and singer-songwriter Falco Eckhof. On their first full band EP Blind For The Moment, the young couple presents a down-to-earth, modern blend of Folk and Americana, which is characterized by beautiful vocal harmonies, gentle melancholy and lyrical prowess. It helps that the two go way back together: 5 years of relationship and the resulting trust shine through and make for special moments in their musical work.

Eckhof’s songs awaken associations with recent big names in the American Folk and Alt-Country genre like Conor Oberst or the early Ryan Adams. The Ballads Blind For The Moment or Face In The Moon tackle topics like disaffected love and grief, while Under The Radar plays on juvenile insecurity.

With the Familiar Faces, a backing band newly founded during the recording process, the two have found three talented musicians, who complement the songs with great depth both in fragile and in bold moments.

Reminiscent of the genre’s roots, the EP was mainly recorded live, with all band members in one room and with only a couple of overdubs added later. With Eckhof’s knowledge in recording, accumulated in years of demos, producing for other musicians and home recordings, the couple decided to pass on big recording studios and convert the music room of their former school into a live tracking room. Borrowing additional gear from friends, the main part of the recordings for the EP were finished in 3 days and once again at the duos own hands for mixing.