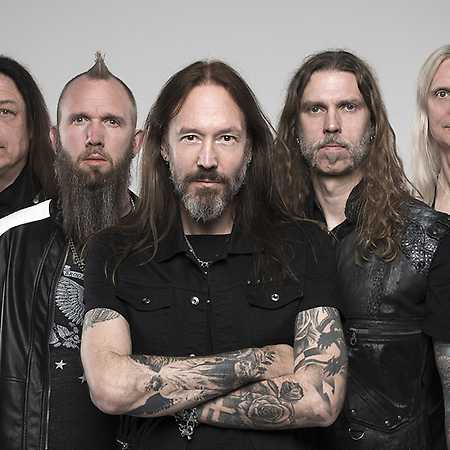 Hammerfall are heavymetal Swedish greats. Since its zniku in 1993, Hammerfall gradually developed between the heavy metal narrowest point. From the groundbreaking album “Legacy of Kings” and “Renegade” First you build influence in their traditional strongholds, ie. home in Sweden and then in Germany, where much has already been all over Europe. The following achievements such as “Crimson Thunder” and “Threshold” only reaffirmed their steadfast position on which the cause of the fans in Japan or overseas. For Hammerfall typical melodic power / heavy metal is also well on the last two albums, “Built To Last” and “(r)Evolution”.