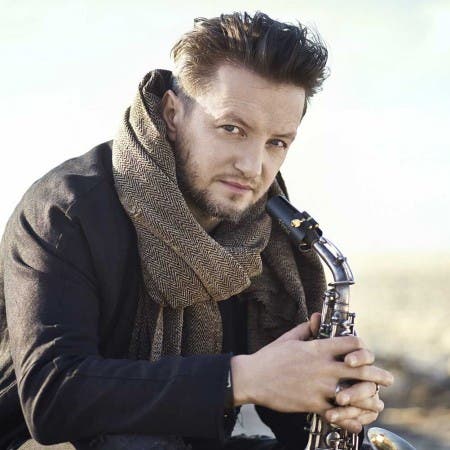 Grzegorz “Grzech” Piotrowski (born 12 July 1974 in Olsztyn) is a Polish musician, composer, music producer and multi-instrumentalist, as well as a publisher. Graduated from the Faculty of Jazz and Entertainment Music of Karol Szymanowski Academy of Music in Katowice. Member of the Phonographic Academy of ZPAV. In 1997, he founded the Alchemik group, which featured, among others, students of Jazz and Entertainment Music at the Academy of Music in Katowice, Łukasz and Paweł Golców. The group won several awards, including the Jazz on the Oder festival in 1997 and the Jazz Hoeilaart festival in Belgium in 1998, where it took first place in the competition. In 2003, together with the Alchemik ensemble, he developed music for Say it, Gabi, directed by Roland Rowiński. In 2005, he played on a saxophone in the _Bass Saxophone by Josef Skvorecki, directed by Andrzej Piszczatowski. The work received the Grand Prix in the category of radio plays at the Two Theatres Festival, and Piotrowski received an award for his instrumental creation. Also in 2005 he released his solo album, as Grzech Piotrowski, entitled SIN.