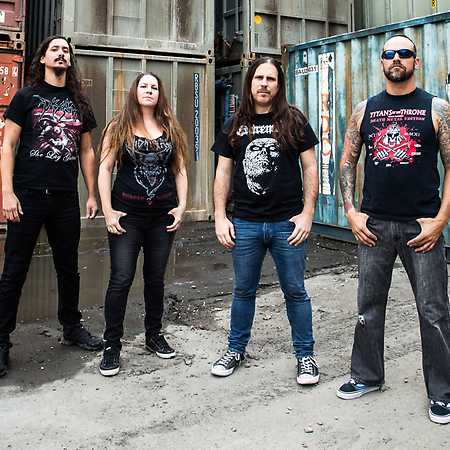 Gruesome  A Waste of Life

Multi­-state death metal project Gruesome was born out of guitarist/vocalist Matt Harvey and drummer Gus Rios' mutual involvement with the Death To All tours (Harvey served as frontman for the original mini­-tour and Rios both performed “Baptized in Blood” and worked with DTA drummer Sean Reinert on the following US tour where Exhumed filled in as support). After discussing and discarding the idea of putting together another incarnation of DTA to focus exclusively on the first two albums, Harvey half­-jokingly suggested that the pair write their own songs in intentional homage to Death. It wasn’t long before the idea gained traction, and the band soon had five tracks written. With Harvey writing in California, Rios recruited Possessed guitarist Daniel Gonzalez and Derketa bassist Robin Mazen to record the material in Florida, while Harvey tracked his vocals on the West Coast.