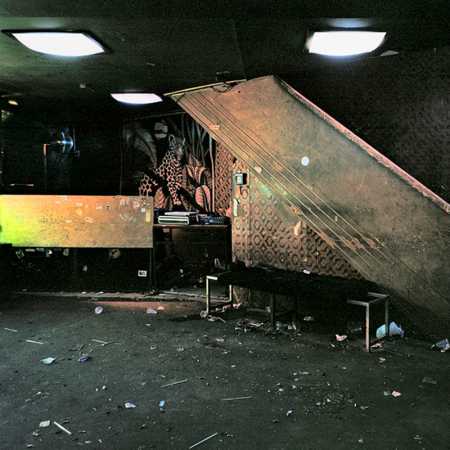 Golden Gate is a techno club in Berlin-Mitte that is situated in a bridge pile of the Berlin city railway, in immediate proximity to the train station Berlin-Jannowitzbrücke. According to the magazine Resident Advisor it is one of the most important clubs in Berlin in the field of electronic music.

In the same time Golden Gate is one of Berlin’s grittiest venues: The interior is small, dark and undecorated. The club is famous for its extraordinary long opening hours.

The music is mainly tech-house, usually played by Berlin-based DJs, but also internationally famous names such as Gerald Simpson or Dirty Doering.

Golden Gate was founded in 2002, in the beginning still focussing on a mixed program that also contained rock’n’roll concerts. Lateron, the club began to focus mainly on afterhour parties.

The venue is repeatedly subject of national and international journalism. For instance, the New York Times lists the club as an example, that the Berliners still enjoy to party in ruins.