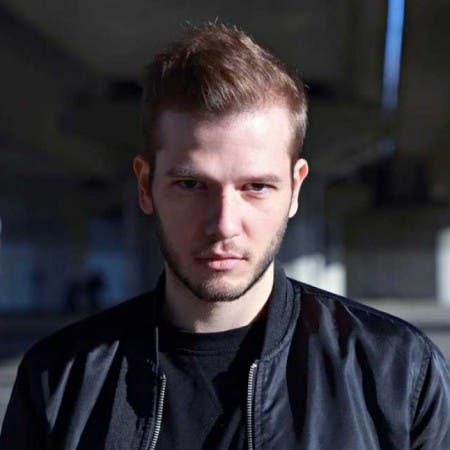 After releasing a split tape with Russell Haswell in 2013, Gábor’s first album ILS made its way through Lorenzo Senni’s label Presto!? in early 2014, then he joined to The Death Of Rave and released EP16 which was #8 on Boomkat’s Top 100 Singles. His music has been described as “glorious and actually pretty damn funky” by The Guardian, as “a Robert Hood CD glitched up” by Norman Records, and mentioned by Secret Thirteen as “challenging, dynamic and strictly mathematical composing style varying between extreme academism and some kind of reasonable musical barbarism, Gábor is currently building a future of electronic music”. In 2014 Gábor started to collaborate with Mark Fell and released a 2LP album The Neurobiology Of Moral Decision Making in 2015 which was #11 on Rolling Stone Magazine’s 20 Best Avant Albums and #3 on Boomkat’s Favourite 100 Albums of the year. It was mentioned by Norbergfestival as “one the highest acclaimed experimental albums of recent years”, described by Norman Records as “the most rhythmically radical and seizure-inducing futurist electronica being made on planet Earth right now” and by Resident Advisor as a major breakthrough of his. In 2017 Aphex Twin played Mark Fell and Gábor Lázár tracks at Field Day London and Primavera Sound Barcelona which was mentioned by The Quietus as"…one of the most head-spinning moments around 30 minutes into his set thanks to a cut from Mark Fell & Gábor Lázár’s 2015 record…" In the same year Gábor also released a full length album Crisis of Representation on Shelter Press.