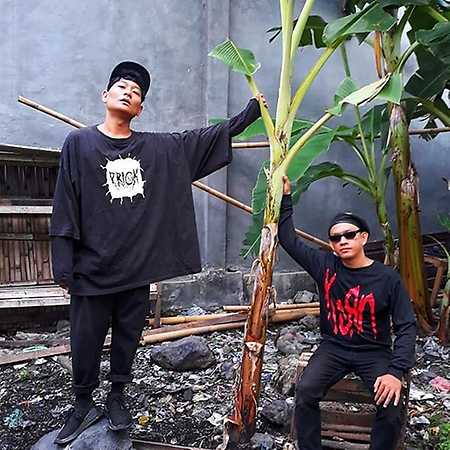 The duo formed as Kasimyn began producing tracks that Ican Harem provided vocals and humorous, improvised musings over. These ventures can be heard on recent release Puxxximaxxx, which came out in October 2018 via Yes No Wave Music. Puxxximaxxx makes use of rapidfire tempos; stuttering, angular percussion; and high-octane vocal delivery.

Their love for energetic, intense sounds forms the foundation of their hyper-active, unprecedented output. Using samples of traditional Indonesian music (especially of the Balinese gamelan), and borrowing from the pentatonic scale, Gabber Modus Operandi attempt to bridge the gaps between humour, dark contemporary music, and Indonesian tradition. With exuberant digital sarcasm, they straddle the line between the sacred and the banal.