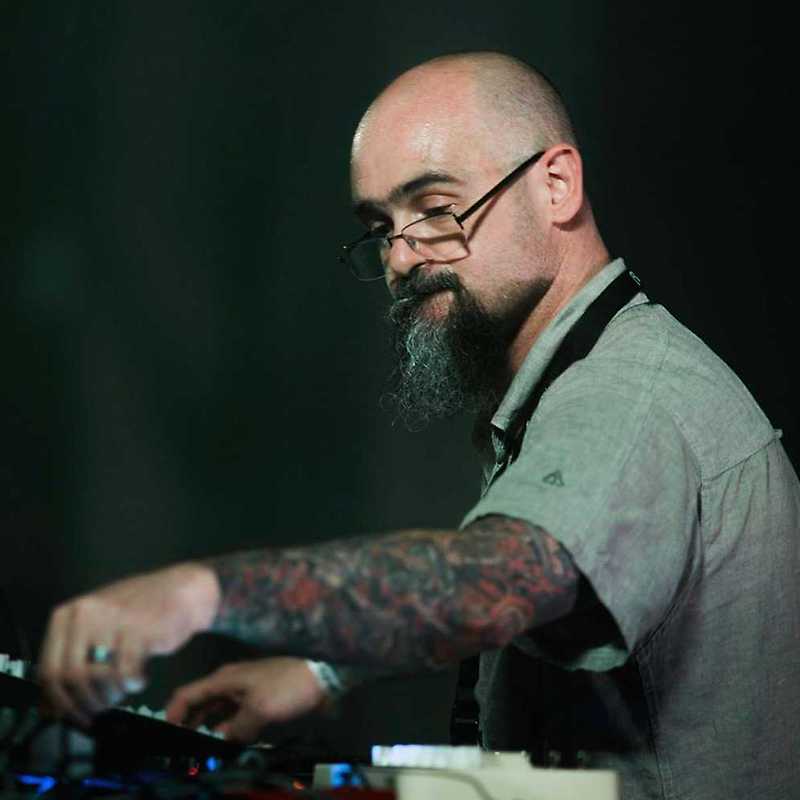 Mick Harris (born Michael John Harris, 12 October 1967) commonly known and credited both as Mick Harris or occasionally M.J. Harris, is an English musician. Harris was born in Birmingham, and started out in the 1980s as a drummer working with various punk rock and grindcore bands (most notably pioneering grindcore band Napalm Death). As a drummer, he is generally credited with popularising the blast beat, which has since become a key component of much of extreme metal and grindcore. Since the mid-1990s, Harris has worked primarily in electronic and ambient music, his main projects being Scorn, Lull and the re-visited in 2018 with the EP Silent Neighbour industrial techno project Fret.