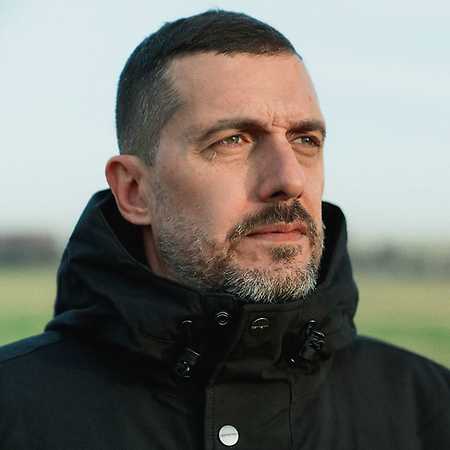 Freddy K is a techno activist. Since the ‘90s Alessio Armeni has been tireless campaigning from the dancefloor, defending vinyl, championing young talents and reinforcing the scene from the shadows. He is the head of the label Key Vinyl and a key figure behind the scenes of M_Rec, the label he co-ran with his best friend Max_M.

Freddy started DJing at Sunday after hour events, having danced all through the night himself. In 1993, aged 21, he launched his now famous Virus radio show, which ran daily. Parties, a booking agency and record shop soon followed: the Virus movement had arrived. A year later Freddy K signed to the legendary ACV, who released his first EP, Control. Rage Of Age, his debut album, came in 1995; a dark and noisy record influenced by his two passions, Chicago acid and rock.

After Virus peaked and having toured all over the world with ACV, Freddy K stopped DJing and retreated to the backroom. He spent the early millennial years working with Sandro Nasonte at Rome’s flagship record store, Remix. Together they set up the influential Elettronica Romana label, which released some of Donato Dozzy and Giorgio Gigli’s first EPs. He moved to the German capital Berlin in 2009, setting up Key Vinyl as a techno label for DJs two years later.