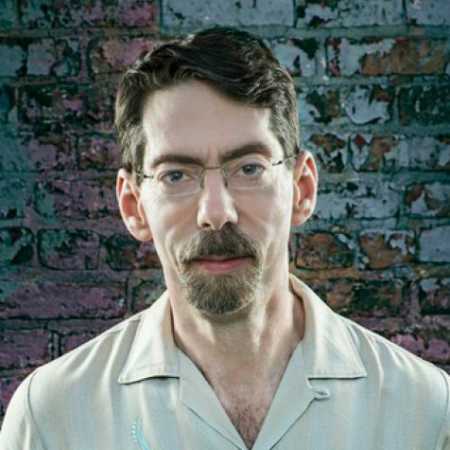 Proclaimed by Vanity Fair “the most arrestingly innovative pianist in jazz over the last decade,” Fred Hersch balances his internationally recognized instrumental and composing skills with significant achievements as a bandleader, collaborator and theatrical conceptualist. In 2006 he became the first artist in the 75-year history of New York’s legendary Village Vanguard to play a weeklong engagement as a solo pianist. His second solo run at the Vanguard was documented on the 2011 release Alone at the Vanguard, which received Grammy Award nominations for Best Jazz Album and Best Improvised Jazz Solo.

Hersch’s latest trio CD with bassist John Hebert and drummer Eric McPherson, Floating (Palmetto) is nominated for two 2014 Grammy Awards for Best Jazz Album and Best Improvised Solo; it reached No. 1 on iTunes Jazz, No. 2 on Amazon Jazz and No. 5 on Billboard Jazz after its release in July, 2014.

An artist of unbounded imagination and ambition—“one of the small handful of brilliant musicians of his generation,” as Downbeat put it—Hersch has gained great acclaim for his solo work. In 2006, Palmetto released Fred Hersch In Amsterdam: Live at the Bimhuis and 2009 welcomed his eighth solo disc, Fred Hersch Plays Jobim, cited as one of the year’s Top Ten jazz releases by NPR and the Wall Street Journal. Alone won the Coup de Coeur de l’Académie Charles Cros in 2011, when the Jazz Journalists Association named Hersch its Jazz Pianist of the Year.

Composing has been a vital and indelible part of Hersch’s live concerts and CDs. In 2003 he created Leaves of Grass (Palmetto Records), a large-scale setting of Walt Whitman’s poetry for two voices (Kurt Elling and Kate McGarry) and an instrumental octet. Hersch’s 2010 theatrical project, My Coma Dreams, has been performed in Montclair, N.J.; New York City; San Francisco and Berlin.

In 2014, Hersch garnered his sixth Grammy nomination for his solo on “Duet” from Free Flying, a duo album with guitarist Julian Lage that received a rare 5-Star rating from Downbeat. Hersch has collaborated with an astonishing range of instrumentalists and vocalists throughout worlds of jazz (Joe Henderson, Charlie Haden, Art Farmer, Stan Getz, Bill Frisell); classical (Renée Fleming, Dawn Upshaw, Christopher O’Riley); and Broadway (Audra McDonald). Long admired for his sympathetic work with singers, Hersch has joined with such notable jazz vocalists as Nancy King, Norma Winstone and Kurt Elling.

Born in Cincinnati on Oct. 21, 1955, Hersch began playing the piano at age four; he was composing at eight. His awards include a 2003 Guggenheim Memorial Fellowship for composition; a Rockefeller Fellowship for a Bellagio residency; grants from Chamber Music America, The National Endowment for the Arts and Meet the Composer and many others.

For two decades Hersch has been a passionate spokesman and fund-raiser for AIDS services and education agencies. Hersch’s influence has been widely felt on a new generation of jazz pianists, from former students Brad Mehldau and Ethan Iverson to his colleague Jason Moran, who has said, "Fred at the piano is like LeBron James on the basketball court. He’s perfection.”