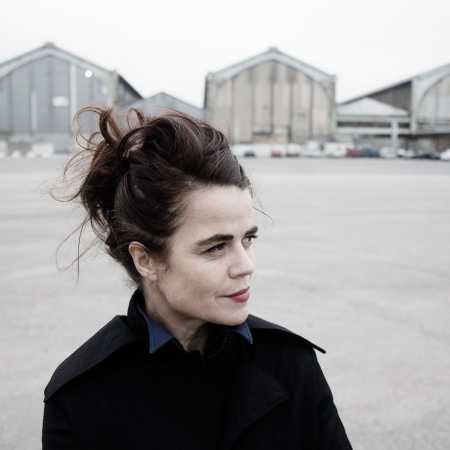 Françoiz Breut is the original pioneer of the Nouvelle Scène Française. Her career began modestly, away from the limelight, as a background singer for her former partner Dominique A. When A eventually encouraged her to start her own career in 1997, Breut quickly became the main ambassador of the new French scene among foreign audiences. Since then her inimitable voice has inspired countless well known song writers to contribute songs to her first three albums. With her fourth album “À l'aveuglette”, Françoiz Breut is breaking new ground: the songs were conceived in cooperation with musicians of her long time live-band and this time she has written all the lyrics herself. The result “À l'aveuglette” is a much more homogenous album than its predecessors and – perhaps for this very reason – an even better one!

Her powerful voice has changed many things over the years. It has also opened many doors. If it wasn’t for Françoiz Breut, we might never have heard about this wonderful thing we now call “Nouvelle Chanson”: a musical genre, which was defined by her presence and made popular across the world by her voice.

Breut’s unique voice was an ideal ambassador for the fascinating French scene and it put the names of the songwriters who worked for her on the international map: Dominique A, Katerine, Yann Tiersen and Jérôme Minière – to name but the most famous. Bands like Herman Düne or Calexico went on to record songs with Breut, a figure as influential as Howe Gelb (Giant Sand) even wrote an ode to her (“Letter to Françoiz”). Dominique A once said: “Everybody loves Françoiz”, and he wasn’t just talking about musicians but about audiences everywhere. A had understood a simple truth: Nobody can resist the sound of this voice.