It is a professional symphony orchestra. It was created in 2013 as an ensembles, which includes talented students and graduates of music schools.

The orchestra began in concert hall of the Prague Conservatory with the thematic program called "Western night". In a short time it gained a large fan base, which is constantly expanding. Chuhei Iwasaki is a principal conductor of this ensemble. In the first season, the orchestra was also invited to the Kubrick's Space Odyssey project under the auspices of the "Skrz na skrz" festival. In second Season Filmová filharmonie organized concerts with fantasy scores only. Orchestra sold out concert halls in Prague, Hradec Kralove or Ostrava. 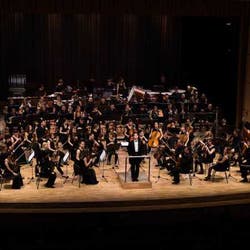 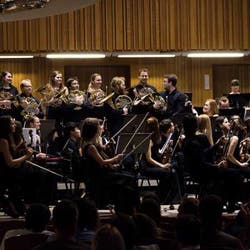