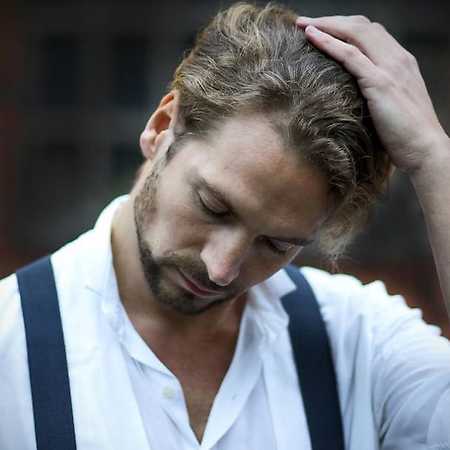 Felix Räuber  Nothing Can Go Wrong

Felix Räuber is a singer, composer and producer known as the frontman of the electro pop band Polarkreis 18 (Allein, Allein). His musical sound is a unique blend of pop, neoclassical and electronic. On his solo debut, Wall, he grapples with personal and political boundaries, inspired by his travels to the Middle East.

Musically he is between artists such as Nils Frahm, Moderat or Radiohead, and has collaborated with star violinist Daniel Hope and singer-songwriter Scott Matthew. Räuber creates epic soundscapes on his debut EP, carried by his powerful, fragile voice in a style described as ‘Cinematic Pop’. This is Felix looking back and consolidating on an exciting and diverse 20-year musical career.