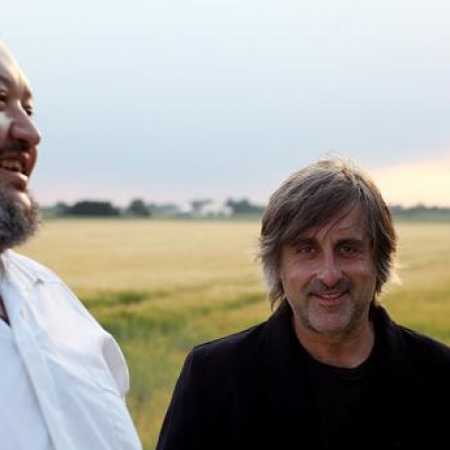 Ezio is a folk music band from Cambridge, England formed in 1990. Ezio have eight studio albums, one compilation album, four live albums and three videos / DVDs, built up a large fanbase without breaking into the mainstream of the British music scene. Ezio Lunedei is the lead singer and main composer, Mark “Booga” Fowell plays guitar, Lidia Cascarino plays bass, “The Reverend” Lee Russell plays percussion, steel guitar and a variety of other instruments, and Alex Reeves plays the drums. The band vary their touring routine depending on the venue – some gigs will feature all five members in the line-up, whereas some gigs in smaller venues will have just Ezio and Booga.

Cancel Today was chosen by Tony Blair for his Desert Island Discs selection, stating that he listened to this before Prime Minister’s Questions.