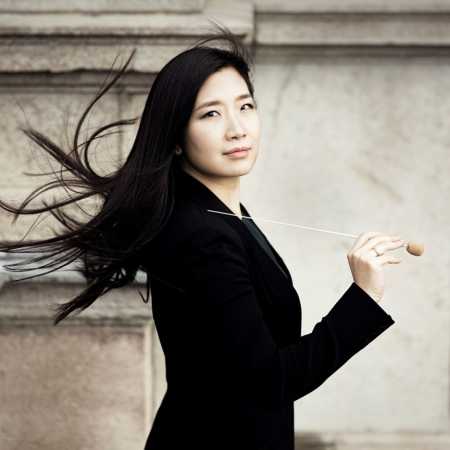 Eun Sun Kim studied composition and conducting in Seoul and continued her training in Stuttgart where she graduated with distinction.

Eun Sun Kim was awarded First Prize at the International Jesús López Cobos Opera Conducting Competition and worked as an assistant conductor at the Teatro Real in Madrid from autumn 2008 until summer 2010, assisting renowned conductors such as Jesús López Cobos, Jiri Belohlavek and Ivor Bolton.

In spring 2010 she gave her debut at the Auditorio Nacional in Madrid with the Orquesta Sinfónica de Madrid and at the Teatro Real with Rossini’s Il Viaggio a Reims, followed by her very successful debut in the 2010/2011 season with Puccini’s La Boheme at the Oper Graz, where she was immediately reinvited for a concert just a few weeks later.