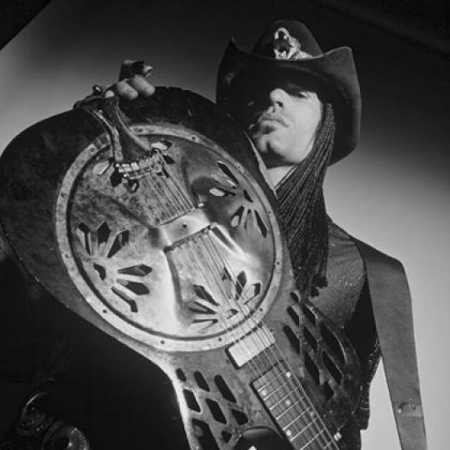 Eric Sardinas is an American blues rock guitarist, who was born in 1970 in Fort Lauderdale, Florida. He became famous with his play on the electric and slide guitar, and his live performances. He started to play in his six years, and was influenced by the recordings of the most famous representatives of the Delta blues – Charlie Patton, Big Bill Broonzym, Muddy Waters and others. Although originally left-handed, plays guitar on his right hand, which probably helped to create his unique style. At the beginning of the 1990s, appeared as a bluesman from yesteryear. Visitors to the clubs and critics were sparkling with praise about the rookie with the virtuozním slide-guitar style, a hoarse voice and blues-rock songs hnanými like a diesel engine. Before he had settled in Los Angeles, traveled throughout the United States. He performed with an acoustic guitar in the streets than at one jam sessionu met bassist Paul Lorangerem. In 1999, is based on his debut album, “Treat Me Right” with guest guitarist Hubert Sumlinem (Howlin' Wolf) and blues-rock pioneer Johnny Winter and the album was opěvováno passionate praise. After the release of the debut, completing a tour with the band in the United States, Europe, Australia and Asia. – Translated by Automatic service