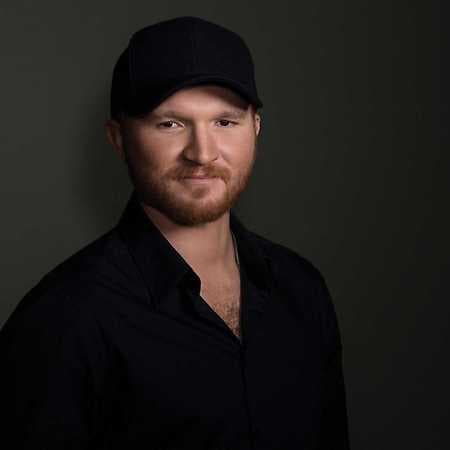 The tall red bearded Texan with the haunting voice is one of the charismatic representatives of his guild, with whom the male fans would like to have a beer, while the women would like to spend time with him on Sunday evenings. Paslay has become one of the greats in the scene. Stars like Dianne Warwick and Kenny Rogers have already been on stage with him. Until then it was a long but successful path.

Eric Thomas Paslay was born in Albilene, Texas and grew up in Waco and Temple. He came into contact with music early on through Arnold Schiller And The Moonlight Serenaders, his grandfather’s country band. At the age of 13 he starts playing guitar, writing his own songs with 15. After graduating from high school, he studies at Middle Tennessee State University and graduates in the fall of 2005 with a Bachelor of Science degree. He then moves to Nashville to study music business. In his final internship, he manages to land a record deal with EMI Nashville. His first single release, Never Really Wanted, was the first major hit in the 2011 US country charts. However, he is even more successful as a songwriter, for example as co-author of country hits like Barefoot Blue Jean Night by Jake Owen and Angel Eyes by Love And Theft, who enter the top 40 of the official charts. He continues writing for other artists and is nominated in 2013 for a Grammy for the song Even If It Breaks Your Heart (Eli Young Band), which he co-wrote with Will Hoge. Paslay had his first own success in the Billboard Hot 100 with Friday Night in October 2013, which is also recorded by Lady Antebellum. The single had over half a million sales and reached gold status. Also his next singles reach high rankings in the charts. His first own self-titled album, released in early 2014, has been on the charts for four weeks, rising to number 31. His two new singles High Class and Angles In This Town, were released in 2015 and 2016. In the same year he was nominated together with Charles Kelley and Dierks Bentley for the song The Driver in the category Best Country Dou/Group Performance.

He played more than 200 concerts in 2016 and 2017, but still found time to buy and renovate a farm with his wife. During this time, his latest single, Young Forever, which he co-wrote with Chris Destefano and Morgan Evans, rises to number 41 on the US Country Airplay charts in March 2018.