Around 1980, many young, creative people perceived the exceptional political situation in West Berlin as normal; and one in which it also seemed that anything was possible.

When Blixa Bargeld was asked whether he would perform at the “Moon” club on April 1, 1980, he agreed, dreamt up the band Einstürzende Neubauten, and then called a couple of friends. The band’s first lineup consisted of those musicians, who happened to be free that night: Blixa Bargeld, Gudrun Gut, N. U. Unruh and Beate Bartel.

In 1981, Blixa Bargeld, N. U. Unruh and FM Einheit recorded an “inaudible” LP in a recording studio: Kollaps is a frontal attack on conventional listening habits of that time, which the mainstream had made deaf. For lack of money (among other reasons), the band’s range of instruments consisted of “found” and self-built objects made of sheet steel, drills, hammers, a "non-voice" that plucked a text out of shreds of German words and professional studio equipment, which was consistently used despite their real attitudes toward technical modifications.

Through this approach, the construct Einstürzende Neubauten has become one of the few German bands to produce genuine, international impulses and they have had an inspirational effect on numerous other bands and art genres, spanning from dance theater, to the fine arts, to film – from Christoph Schlingensief to Quentin Tarrantino ... As a result, in 1982 they were invited ad hoc to documenta 7 in Kassel and in 1986 as the German contribution to the Biennale de Paris, as well as to the EXPO in Vancouver, Canada.

Numerous productions and extensive concert tours over the last 34 years have followed; most recently an Australian tour in 2013.

Their original and radical redefinition of the concept of music has brought about inevitable and quite welcome collaborations – like those with Peter Zadek (Andi, Deutsches Schauspielhaus, Hamburg, 1987) and Werner Schwab (Faust... in 1994), or even earlier during the band’s tour of Japan in 1985, the film 1⁄2 Mensch with the Japanese director Sogho Iishi. Including songs from an album of the same name, the film was recorded in an empty factory building in Tokyo with a Butoh dance ensemble (with its German premiere at the Berlinale in 1986).

However, a collaboration with Germany’s most influential postwar dramatist, Heiner Müller (Bildbeschreibung, 1988, Hamletmaschine, 1990), was particularly significant. One of the legendary site-specific performances – which have become a constant side focus of the Einstürzende Neubauten – was created with Müller’s dramaturgical collaboration, at Erich Wonder’s invitation. Im Auge des Taifun took place in 1992 to mark the 300th anniversary of the Academy of Fine Arts Vienna, sending sonic waves of music out into that city’s Ringstraße from a modified glass truck pulled by huskies.

The beginning of this performance most certainly represented a recording by Blixa Bargeld and Andrew Unruh, made without an audience: “Stahlmusik – aufgenommen in einer Autobahnbrücke am 1.6.1980” (Stahlmusik – recorded under an autobahn bridge on Jan. 6, 1980).

The performance of “Concerto for Voice and Machinery” in 1984 at the Institute of Contemporary Arts in London made such a lasting impression that Jo Mitchell reenacted it in 2007 in a reconstructed performance.

In 2004, shortly before its demolition, the Einstürzende Neubauten allowed music to sound through the former GDR’s already gutted “Palast der Republik,” integrating a chorus of 100 voices.

During the 100th anniversary of John Cage’s death in 2012, the Einstürzenden Neubauten were invited to participate in two important exhibitions paying tribute to the composer. Video clips of the band were shown in “A House Full of Music” at the Mathildenhöhe in Darmstadt and in the HMKV’s award-winning exhibition “Sounds like Silence” at Dortmunder U. Blixa Bargeld also wrote a catalogue essay in honor of John Cage for the Akademie der Künste in Berlin.

In 2014, recognition will be focused on the Einstürzende Neubauten themselves through an international exhibition on the art of 1980s, organized by the Goethe Institute.

Einstürzende Neubauten are currently back in the studio again, working on a new, exceptional composition. The band is producing a musical work on the outbreak of World War I 100 years ago, which will make its premiere performance in Diksmuide, Belgium on November 8, 2014.

In this work the band will link their techniques, which are explicitly bound to the traditions of the avant-garde, with this first global event that shook the entire world.

For this purpose, extensive research was made of audio recordings dating from 1914-16 of prisoners of war from all over the world (recorded at one of the first large internment camps near Berlin), which are preserved in the sound archives at Humboldt University in Berlin and at the Deutsches Rundfunkarchiv (German Broadcasting Archives). Moreover, material that will also flow into the composition was extensively viewed and listened to at the Militärhistorisches Museum Dresden.

Historic music associations of two of the oldest musical forms, the “lament” and a “motet” (by a Flemish Renaissance composer dealing with the biblical story of the prodigal son), will be linked and assimilated into the audio recordings of the prisoners of war.

The music of the legendary “Harlem Hell Fighters” – the first Afro-American combat troop, who fought together for the first time during World War I when the Americans “lent” them to the French to serve as reinforcements – is also being rediscovered and will receive the belated recognition it is due.

The Einstürzende Neubauten’s instruments consisting of steel, voice, objets trouvés and innovative, cutting-edge technology is expanded here to include a string ensemble.

This will not be a concert about World War I, but rather a composition, which crystallizes from the related themes: “erst muss man Platz schaffen, damit etwas Neues entstehen kann” (“First one must make space, so that something new can be created” – Blixa Bargeld). 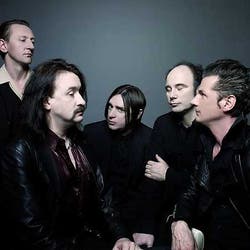 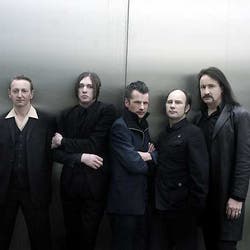 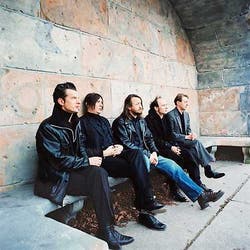