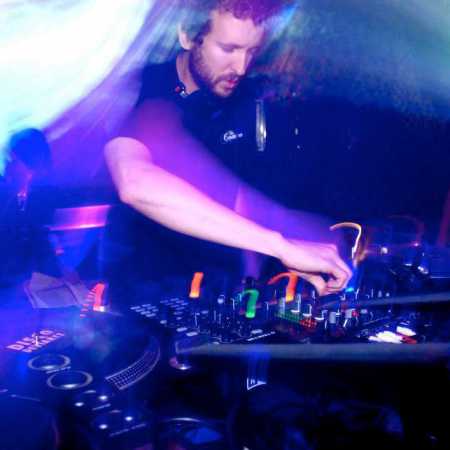 Raised in Southern Ontario somewhere between Detroit and Montreal, Eddie C began his experiments in music some time in the late 80s. Inspired first by Hip Hop and the burgeoning Acid House scene, he began making tape edits of late night radio and shortly thereafter began visiting record shops and warehouse parties to discover the music first hand. Record digging, DJing and production has since been a way of life for the man, followed closely by an opposing passion for skiing which lead him to his 10 year sabbatical in the Rocky Mountains of Canada. With plenty of time over the past decade for reflection and research in his log cabin studio, C has recently re-located and reconnected with the electronic music community in Berlin. His raw yet sophisticated approach to production has yielded countless releases and remixes since just 2009 and his now renowned eclectic and passion-fueled DJ sets have garnered a cult following worldwide.

Eddie C could well be described as one of the Slo Mo/ Edits/ Disco scene’s heaviest hitters. In just over three years he’s featured on or been the main attraction with over 25 original EPs and singles and countless remixes. Having graced labels like Jiscomusic, Endless Flight, Crue-L, Sleazy Beats, Wolf Music, 7 Inches of Love & Home Taping, amongst others, with his deep, lush and beautiful grooves, C is constantly name checked by every major playa this end of the underground. In 2011 he released his first full-length album “Parts Unknown” on Endless Flight and later that year began releasing new projects on his own Red Motorbike imprint. The fact is, the guy hardly needs an introduction.