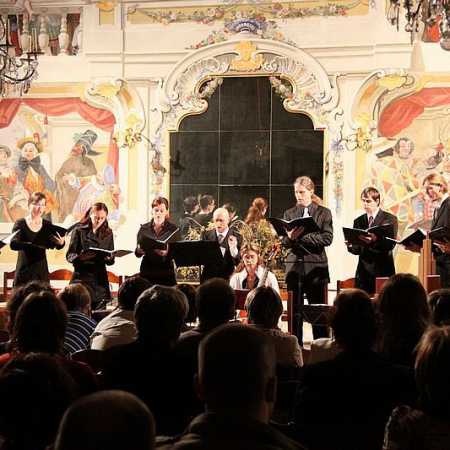 Dyškanti Vocal Ensemble was founded in 1982. During more than twenty years of its existence, it was replaced by a number of people interested in early music, and for some of them it was even the beginning of a successful professional career. The file is mainly devoted to the Czech Renaissance sacred music, but does not close or medieval and baroque music, and in recent years also secular and instrumental music. Repertoire primarily benefit from the research activities of its leader Martin Horyna, music historian, editor of the old monuments of Czech music and music theory teacher at the University of South Bohemia. Much of the repertoire comes from his work with sources of Czech music 14 to 17 century and the file has the good fortune to these forgotten values ​​given in modern premieres. – Translated by Automatic service