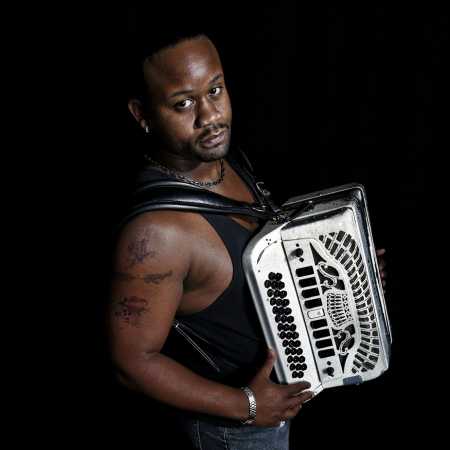 Dwayne Dopsie & The Zydeco Hellraisers are representatives of the musical genre called Zydeco. This musical style is typical for the region of Southwest Louisiana, i.e. region, where is the cradle of a number of musical genres, the city of New Orleans. In addition to indispensable Zydeco are two instruments, accordion and washboard special.

Dwayne comes from a musical family and weighted with music started very early. In its four years, took the washboards and six already featured on the podium alongside his father on behalf of Rockin' Dopsie SR. in 1997, his brothers Dwayne in the group leaves, and in 1999, presents its new band Dwayne Dopsie & The Zydeco Hellraisers & played for several years as a home band in Club La Strada on Bourbon Street in New Orleans where is constantly advancing. His music and the ability to work with the audience have become the most important factors in its success. During the speeches from the podium between Dwayne leap viewers and encourages them to dance, it is often also invites on stage and let them play with the band, for example. on the washboard. Dopsie & The Zydeco Hellraisers blurring the barrier between performer and audience, and to make the concert a magnificent party. “It's just to make people really fun!” says Dwayne. – Translated by Automatic service