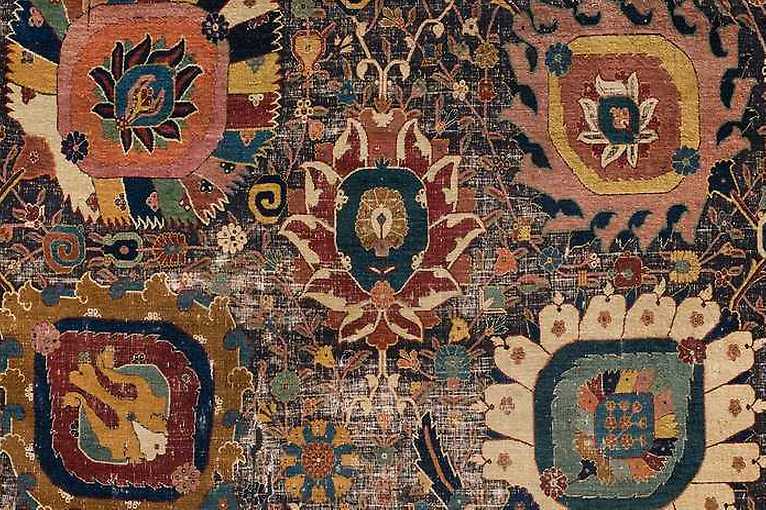 Carpets of Islamic cultures are an integral part of European cultural history. As a testimony to the ongoing cultural exchange between Europe and the Middle East, they also form a focal point in the permanent exhibition of the Museum of Islamic Art. By refurbishing the exhibition halls, the colorful rugs now invite visitors to experience the origin and history of the collection with all their senses and to take a look at their current work with the rugs.

The exhibition shows some of the oldest collection pieces. They come from the former property of the museum founder, Wilhelm von Bode. His interest in Islamic art as an independent and European equivalent art form was the origin of a collection that is still rare today, including carpets from today’s Turkey, Iran and the Caucasus.

For the first time now carpets are shown, which suffered fire damage in the bombing of Berlin in 1945. The destruction of significant Persian carpets that year was a serious loss of collection. One of the fragments is the 16th century Persian animal rug, the first work of art in 1904, that was inventoried under the number “I. 1 ”. Also very characteristic is the 16th century Caucasian dragon carpet, which has burn marks over its entire length of six meters. A fragrance station with a specially created smell reminiscent of charred wool, incendiary bombs and chemicals suggests the losses of that time. And knotting technology models allow visitors to come into contact with the knots.

The measures for the preservation of the carpet collection in the post-war period are juxtaposed with today’s work in accordance with current ethical conservation and scientific standards.