German Downfall of Gaia started as a crust band that has quickly developed to become much worse škatulkovatelnou. In the course of a few years, their songs became longer, slower, harder. Their influences range from doom after black metal from the depths of down-tempo and after sludgové corové levels. Music has often epic and majestic atmosphere with plenty of peaks and valleys that hold the listener firmly rooted on the ground. The band itself often claims that it avoids clichés and is based on monolithic, yet melodic, acoustic wall. 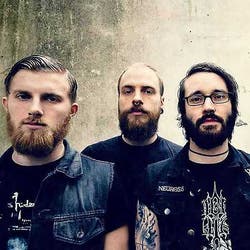