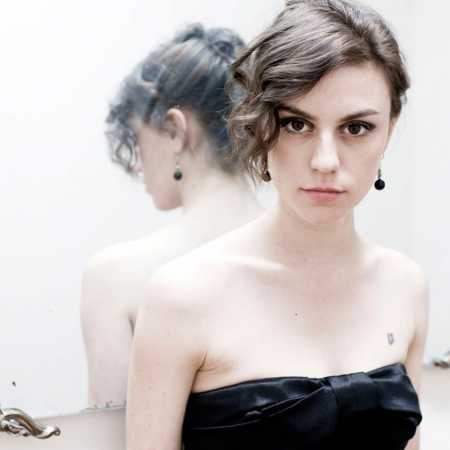 Living in Los Angeles and forming an artist is a former member of the alternative band Dirty Projectors, where she sang and played the bass guitar. He gave of himself to know for the first time in 2009, when it issued under the auspices of the award-winning Deradoorian EP Mind Raft. An extremely talented musician and an exceptional vocal Angel reigns, while experimenting with it and developing its capabilities to her evidentě. Often hosted on foreign recordings-appears on the Flying Lotus, had from Bjork, The Roots or Matmos. In addition, one-third of the project’s report, Avey Tare’s Slasher Flicks a member of Animal Collective, David Portnera.

Until this August I don’t know Angel made her debut solo album dlouhohrajícím, while the first sessions were held for him in 2011. About the music, which in Deradoorian combines pop chytlavost with avant-garde practices and influences of new age and psychedelia, wrote the influential site Pitchfork, that “… it is as if a full door, behind which you each an unexpected sound to completely new worlds”. – Translated by Automatic service