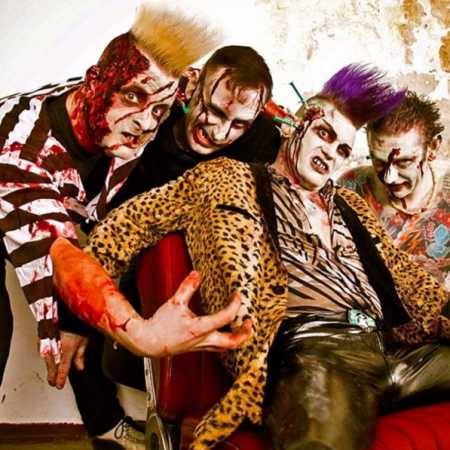 Demented Are Go  Bodies In The Basement

Demented Are Go are a Welsh psychobilly band that was formed around 1982 in Cardiff. They were one of the earliest in the initial wave of bands to mix punk rock with rockabilly, and as a result, are considered to be highly influential to the psychobilly scene. The group has more than 70 songs from which to select a setlist. The band often claims their name originated from the phrase “Demon teds are go!” as an adaptation of the phrase “Thunderbirds are go!” from the Thunderbirds TV series, as rockabillies are known as “teds”, and psychobilly is often associated with horror.