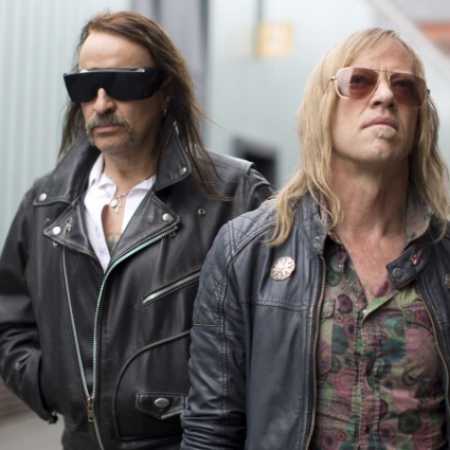 David Eugene Edwards & Alexander Hacke  All In The Palm

David Eugene Edwards and Alexander Hacke released their first collaboration album entitled Risha June 22nd 2018 via Glitterhouse Records. Both have known each other for ages. They have a connection since the early days of 16 Horsepower and collaborated on the reunion album American Twilight by Australian Indie Rock outfit Crime & The City Solution (2013). Finally they found the time to record this astonishing piece of art.

Over the last two decades, Edwards’ prolific work in both bands, 16 Hosepower and Wovenhand has influenced and inspired a generation of musicians. His music has always had an unparalleled intensity. His rich, billowing and emotive voice is always the driving force of his music.

Alexander Hacke, a musician from the start, is primarily known as a longtime member of German industrial music group Einstürzende Neubauten and one of Germany’s most influential experimental artists. Risha cannot be described in traditional terms. This sound is a sweeping tapestry of Americana, Neo-Folk, Industrial, Ambient, Electronic and Arabic Music.