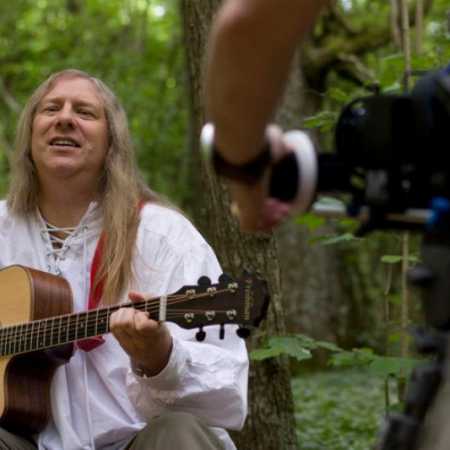 Damh the Bard  Pipes of Pan

Damh the Bard is one of the most important figures of the pagan folk music and also the largest of the British druid order druidského OBOD. The music is for one of the expressions of his Damha druidské and folk traditions, spiritual way, and a way to share with others and to experience the path of bards. In his songs and stories come to life ancient stories and myths, rituals, spirits of the hills and very old trees. In his texts, we can meet with the gods of the Celtic in particular, but also from the Greek pantheon. The stories, which tells the story of his voice and guitar, offer not only entertain, but also inspiration, ideas to think about, and a touch of the old, forgotten world. – Translated by Automatic service