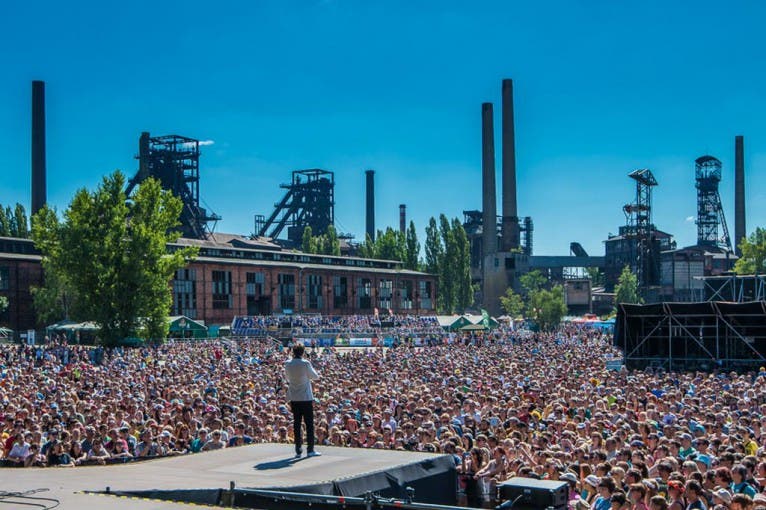 Colours of Ostrava is a multi-genre annually held international music festival in Ostrava. From 2012, is held in a breathtaking environment of the lower Vítkovice-the former premises of the smelters, mines and ironworks. The first edition was held in 2002. Colours of Ostrava is the holder of an Angel for the prices the musical event of the year 2005 and 2006. It also won the award for best musical event of the year 2004, 2005 and 2006 in the poll, ALMA (Akropolis Live Music Awards) in category concert/festival of the year. – Translated by Automatic service

Of Monsters And Men  Alligator