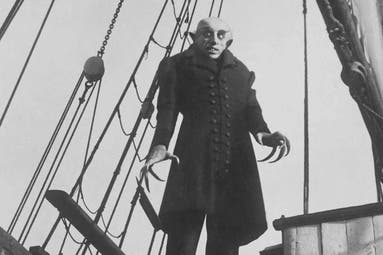 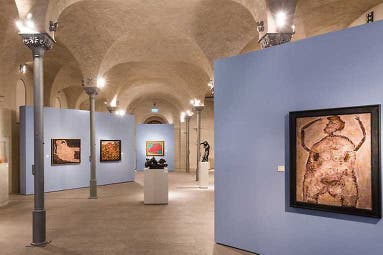 The Collection Scharf-Gerstenberg (Sammlung Scharf-Gerstenberg) traces common threads that weave through the evolution of the art of the fantastic, starting with works by Giovanni Battista Piranesi and Francisco de Goya, and culminating in the museum’s largest suite of works: the Surrealist art of such giants of 20th-century painting as Max Ernst and René Magritte.

The buildings that currently house the Museum Berggruen and Sammlung Scharf-Gerstenberg were originally commissioned by King Friedrich Wilhelm IV. They took eight years to build and were completed in 1859. Their architect, Friedrich August Stüler, later went on to design the Alte Nationalgalerie. The twin buildings were designed in the Neoclassical style and were each crowned with a large cupola. They were conceived as a structural counterpoint to Schloß Charlottenburg on the opposite side of the road and flank the entrance to Schloßstraße. In 1855 Friedrich Wilhelm IV ordered the garrison building inspector Wilhelm Drewitz to erect, on the building’s eastern side, a single-storey wing for stables with a square-shaped house attached at the end and a coach house. These former stables now also serve as an exhibition space for the collection. 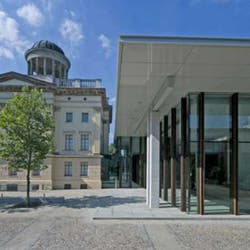 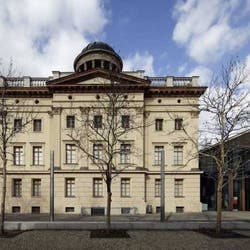 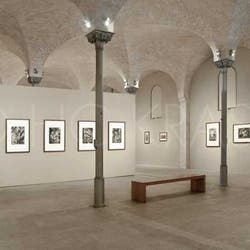