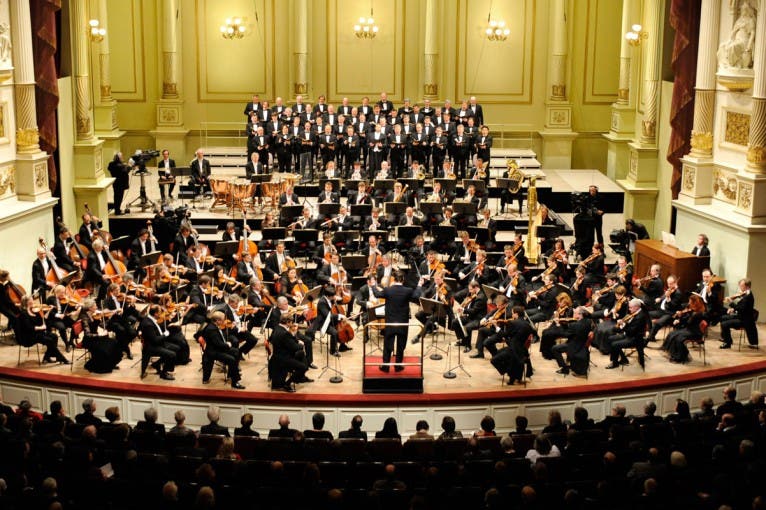 The closing concert of this year’s Dvořák Prague Festival is also one of its anticipated artistic highpoints. Returning to the Czech capital is one of the most renowned European orchestras, the Staatskapelle Dresden, and under the leadership of Manfred Honeck, who is well known in Prague, it will be performing music by two close friends: Antonín Dvořák and Johannes Brahms. Singing the Biblical Songs, the Czech master’s great song cycle, will be the mezzo-soprano Bernarda Fink who specialises in Dvořák’s songs. These sacred songs will bring to a close the festival’s two year Dvořák Collection cycle of the composer’s complete cantatas and oratorios.