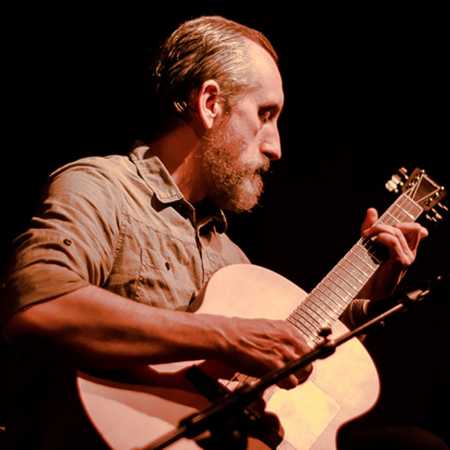 Chuck Johnson is a composer and musician residing in Oakland, CA. He approaches his work with an ear towards finding faults and instabilities that might reveal latent beauty, with a focus on guitar, experimental electronics, minimalism and soundtrack composition. Recordings of his work have been published by VDSQ, Trouble in Mind, Scissor Tail, Merge, and Three Lobed, among others.

He has toured internationally and performed at the Hopscotch Music Festival (Raleigh, NC), Debacle Fest (Seattle), the Liverpool Festival of Psychedelia, the San Francisco Electronic Music Festival, Siren Fest (New York), BENT (New York) and the San Francisco International Film Festival. Johnson’s credits as a film composer include scores for the HBO documentary Private Violence and the popular PBS show A Chef’s Life. In 2009 he received an MFA in Electronic Music and Intermedia Art from Mills College.