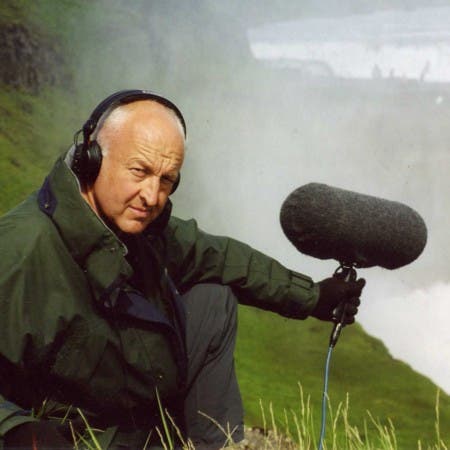 Chris Watson is one of the world’s leading recorders of wildlife and natural phenomena, and for Touch, he edits his field recordings into a filmic narrative. For example. the unearthly groaning of ice in an Icelandic glacier is a classic example of, in Watson’s words, putting a microphone where you can’t put your ears. He was born in Sheffield where he attended Rowlinson School and Stannington College (now part of Sheffield College). In 1971 he was a founding member of the influential Sheffield-based experimental music group Cabaret Voltaire. His sound recording career began in 1981 when he joined Tyne Tees Television. Since then he has developed a particular and passionate interest in recording the wildlife sounds of animals, habitats and atmospheres from around the world. As a freelance recordist for film, tv & radio, Chris Watson specializes in natural history and documentary location sound together with track assembly and sound design in post production.