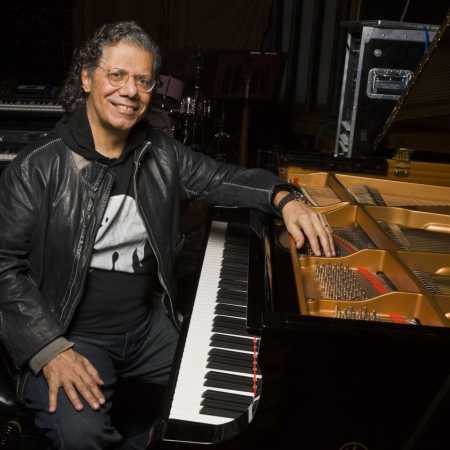 Dvacetinásobný the holder of a Grammy Award, an inventive composer, improviser and pianist Chick Corea during his music life explored a surprising amount of musical styles ranging from bebop to avant-garde through the merger, the Group of Latin American and Spanish music, children’s songs and Chamber and symphonic music. Chick Corea started his dazzling career in the bands of Stan Getze, Sarah Vaughan and Miles Davis. On a parallel solo career with Corea released in 1966 and became famous as a pianist capable of work with his acoustic jazz bands as well as with innovative projects, Return to Forever and the Elektric Band. His extensive discography includes the essential albums for jazz in the head with a classic from 1968 Now He Sings, Now He Sobs. Chick in the meantime continue to in its influence on the contemporary scene, as evidenced by the Grammy Awards, which WINS in recent years. In 2007, won the Grammy Award for recording of The Enchantment (duets with virtuoso Béla Fleck banjistou) in 2008, then The New Crystal Silence (duets with popular vibrafonistou Gary Burton), and in 2009, the live recording of the project, the Five Peace Band. In 2012, took two of Corea’s Grammy Awards: “best jazz instrumental solo” and “best acoustic jazz album,” recorded with teammates from the legendary band, Return To Forever Stanley Clarke and Lenny white. Last price occupy in the Coreově collection of the Grammy Awards and the incredible numbers 19 and 20. – Translated by Automatic service