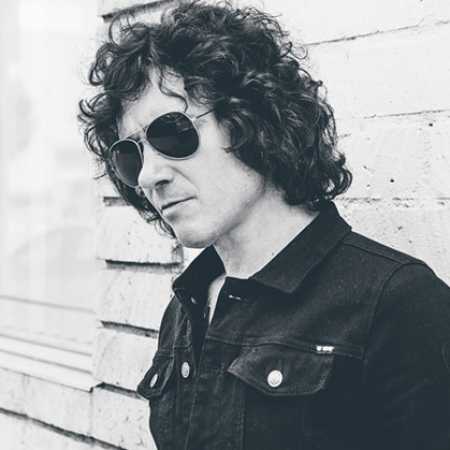 Enrique Ortiz de Landázuri Izarduy (a.k.a. Enrique Bunbury) is a Spanish singer-songwriter. He has been described as "by far, the most international star of rock en español.“

Bunbury was born in Zaragoza, Aragon, Spain. He got involved in music in the early 1980s, making his debut in a high school band called Apocalipsis, and later played along with Proceso Entrópico. In 1984, Bunbury joined a group called Zumo de Vidrio, debuting as a lead vocalist. After adopting the nickname of Bunbury, taken from the Oscar Wilde stage play The Importance of Being Earnest, the musician founded the band Héroes del Silencio, becoming a major number in the Hispanic rock scene. The band eventually broke up in 1996 and Bunbury started his solo career in 1997 with an electro-rock album, Radical Sonora with his new band: Copi (piano), Del Moran (bass), Ramon Gacias (drums) and former Héroes del Silencio guitarist Alan Boguslavsky. Known for reinventing himself, Bunbury released in 1999 the album Pequeño, which sounded very different from anything he did before. His band also suffered changes, Boguslavsky was replaced by Rafa Dominguez, and the new faces, Ana Belén Estaje (violin), Luis Miguel Romero (percussion), Javier Iñigo, Javier Garcia Vega & Antonio Ríos in the metal instruments. This band was known as the Huracán Ambulante (Wandering Hurricane) and recorded with Bunbury the rest of his solo discography.

In 2005, after 8 years together, Bunbury dissolved the band and recorded a new album in 2006 with Nacho Vegas. In 2007, Héroes del Silencio agreed to participate in a 10 concert exclusive worldwide tour in ten cities around the world, simply called Tour 2007 to celebrate the 20th anniversary of their first performances and it has also been 10 years since their disbanding in 1996. The first concert took place in Guatemala City on September 15, followed by Buenos Aires (September 21), Monterrey, Mexico (September 25), Los Angeles (September 28), Mexico City (October 4 & 6), Zaragoza, Spain (October 10 & 12), Seville, Spain on (October 20), and Valencia, Spain on (October 27) which closed the '07 Tour.

The solo career of Bunbury unlike Héroes del Silencio has been very different in the musical sound, keeping the essence of rock, experimenting with various rhythms from electronic music and Middle Eastern music in the early stages of his solo career, to cabaret music, rancheras, blues, flamenco and tango, to salsa, milonga, boleros and cumbia in one of his last works which honors Latin America. According to La Banda Elastica, "Rock gods exist… and Enrique Bunbury belongs among them."