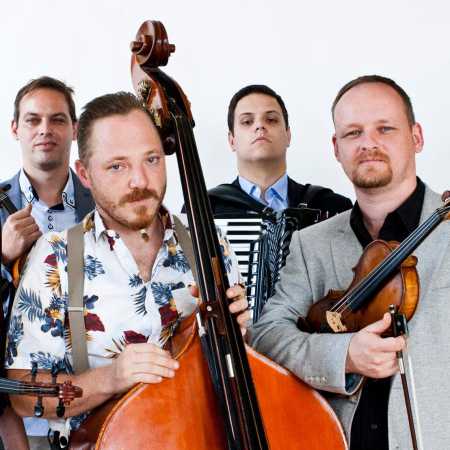 The Buda Folk Band is a Hungarian folk music ensemble consisting of young city dwellers. They were literally born into folk music, since their parents and teachers belong to the generation which instigated the dance house movement in the mid 1970s. The stimulating effect of home rehearsals and regular field work accompanied their teenage years and later they refined their skills in folk music schools and by playing together with traditional village musicians.

Vibrating at the heart of their sound is the pulse of authentic Hungarian folk music, now interwoven with musical phrases and stylistic elements drawn from elsewhere – outside influences which effect, or can effect those living in big cities far from the birthplace of folk music.