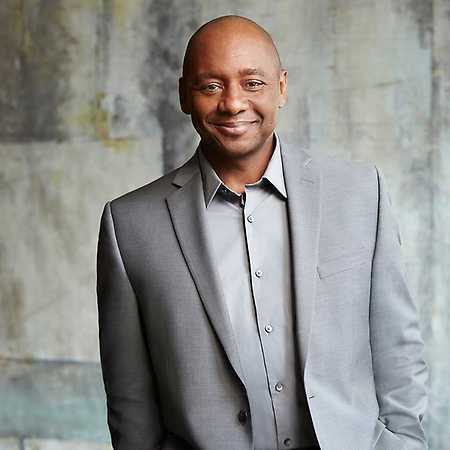 Branford Marsalis was born in the town of Breaux Bridge in the State of Louisiana, his brothers Jason Marsalis, Wynton Marsalis, Delfeayo Marsalis, and are also jazz musicians.

Branford first toured in Europe during his studies at the Berklee College of music. It was in the summer of 1980 with the BigBand, which was led by drummer Art Blakey. Playing the baritone saxophone. A couple of years then played in big bands led by Lionel Hampton and Clark Terry. At the end of 1981, he played together with his brother Wyntonem in the famous Art Blakey’s Jazz Messengers. Here he switched to alto saxophone. With his brother, then also played on a Japanese tour with Herbie Hancock. Followed by playing in the Quintet, who led his brother Wynton. Here he plays mostly on soprano saxophone Branford and tenor saxophone. With Wyntonem he worked until 1985. At this time also released his first album Scenes in the City. Branford at that time also played as a guest with other musicians including Miles Davis and Dizzy Gillespie.

His second album, Buckshot LeFonque, was published in 1997. From this time, Branford focused mainly on his own Quartet, playing classics and teaching. The Quartet formed since 1989, drummer Jeff “Tain” Watts, bassist Eric Revis and pianist Joey Calderazzo. As The Branford Marsalis Quartet they toured together and recorded a lot of albums. One of them, Contemporary Jazz, won a Grammy in 2001.

More than two decades he has also worked as a consultant for the label Columbia Records, between the years of 1997-2001, and as a producer. But in 2002, he founded his own label, Marsalis Music. Under this label, then in addition to the Marsalisova of the Quartet were Harry Connick, Jr., the new names such as Miguel Zenón and Doug Wamble, and veterans such as Alvin Batiste, Michael Carvin, Jimmy Cobb and Bob French. Marsalis music production worth most of the boards, which, under its brand name come out. – Translated by Automatic service