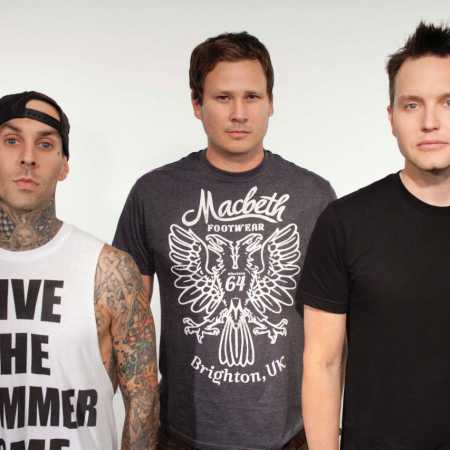 Blink–182  All The Small Things

Blink-182 is an American pop punk band, which was founded in 1992 by Tom DeLonge, Scott Raynor, and Mark Hoppus. The original name of the band was Blink, but they were renamed to Blink-182 due to an Irish band with the same name. They released five studio albums, with Enema of the State and Take Off Your Pants and Jacket in 1999 and 2011 respectively. In 2005, they released a selection of their biggest hits and then declared an indefinite break. Tom DeLonge founded the band Angels & Airwaves, Mark Hoppus and Travis Barker worked together in the band +44. They reunited in February 2009 and their sixth studio album Neighborhoods was released in September 2011, followed by California, their seventh album in 2016