Black Radio is a young rock’n’roll band from Łódź, Poland, formed in 2008 by two thirteen years old musicians – Camil Biadala (bass) and David Wajszczyk (vocal and lead guitar). The band’s music is a combination of rock’n’roll spirit and indie-rock intensity mixed with strong lyrics (mostly about society, existence and young generation). The artists who inspire them the most are : Foo Fighters, Jack White, Queens of the Stone Age and Arctic Monkeys.

Their debut album – “Gasoline Planet” was released in June 2014 with singles “Zero Year” and “One – 21”. After releasing an album Black Radio started touring all around Poland and also in this time the band took part and won many rock competitions/battles of bands such as : Szok&Roll, Rock In Mińsk, Jarocin Festival, Rock Piotrcovia, Rock’n’Tur, Around The Rock, Rock The City, JP Artist Festival. Finally Black Radio won the preliminary to Woodstock Festival so in July 2015 the band performed on the Main Stage of one of the biggest festivals in the world. 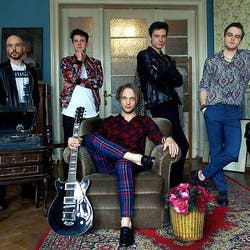 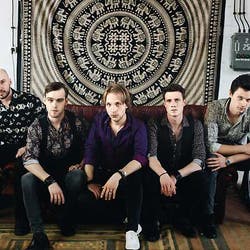