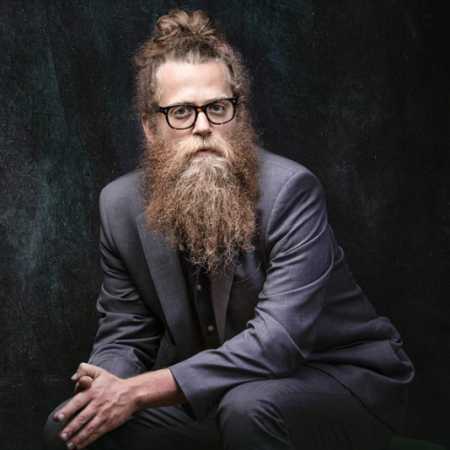 Ben Caplan is admired and loved with good reasons. With his voluminous beard, his wild hair, his deep baritone voice and his amazingly versatile music he convinces on the outside and with his sound. Once seeing and especially hearing him live, one won’t forget this great crooner, chansonnier, shanty singer and charmer again. No matter if solo or with his old band, the Casual Smokers: Caplan’s gigs are fascinating shows full of wild tales and the same wild songs.

Ben Caplan is born in 1986 at Hamilton, Ontario as the son of two real estatge agents. By the age of 13, he starts writing music. He studies philosophy and history at the University of King’s College, works for theater productions and grows a beard. More and more, he starts to occupy himself with music and in 2006, he begins to play shows. 2011 his first album is released: In The Time Of Great Remembering.

However it is his voice that inspires the audience. It is highly convertible, versatile and strong. During concerts, Caplan is a charming entertainer, involves the crowd into his songs and has gained the reputation as a first class live musician.

At the Nova Scotia Music Awards 2012 he is nominated in seven categories and wins the prize as the entertainer of the year. Further nominations and prizes are following.

And on top, he is also successful as a musical composer now: His new musical Old Stock: A Refugee Love Story thematizes love in the time of war, refugees, darkness and sex and is running Off-Broadway for seven weeks. It is a story from the Canadian population that in fact descends from refugees who came to Canada to find a home there. It is a humorous and dark saga of our time.