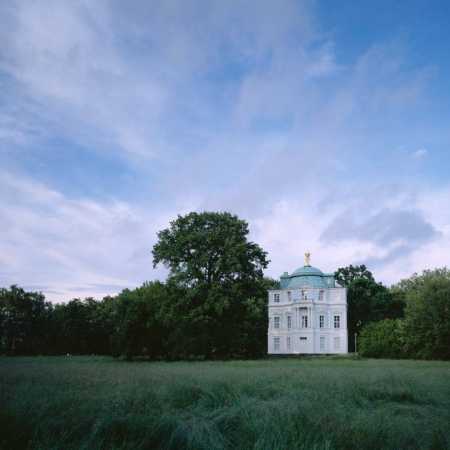 The KPM Porcelain Collection of the city of Berlin has been located in the Belvedere (Belvedere im Schlosspark Charlottenburg) since 1971, a lookout pavilion built on the Charlottenburg Palace grounds in 1788 by the architect Carl Gotthard Langhans for King Frederick William II of Prussia. It is the most important public collection of Berlin porcelain and generally ranks among the most outstanding specialized collections within the capital.

The collection, which has been known as the Königliche Porzellan Manufaktur Berlin (KPM) since 1763, when it was taken over by King Frederick II, is also comprised of holdings by its founding manufacturers Wilhelm Caspar Wegely (1751–1757) and Johann Ernst Gotzkowsky (1761–1763).

Following an extensive renovation to the building, the collection is now presented in three sections with the themes: porcelain for tea and coffee, for dinnerware services, and for interior decoration. Captivating discoveries for the most diverse tastes and interests are offered by the delicate paintings of putti, in commemorative cups from the liberation of the Napoleonic occupation, in Rococo and Neoclassical dinnerware services, and in magnificently refined vases with views of the royal palaces and gardens, to name but a few of the collection’s highlights.