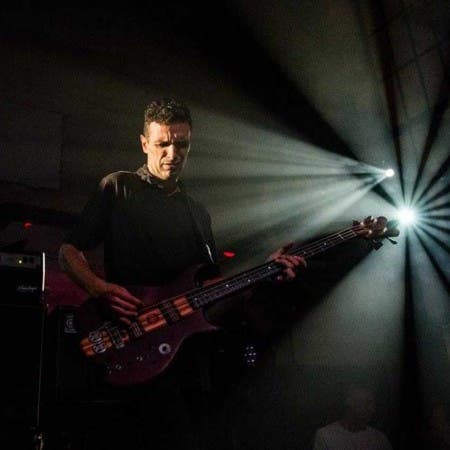 Becoming Animal is the collaborative band/duo of Massimo Pupillo of Zu, and Gordon Sharp of Cindytalk and This Mortal Coil. Their debut album A Distant Hand Lifted, a filtered orchestra that roars and hisses becoming one with a magnificent haunting voice, will be out October 2017 on Trost Records.

Gordon Sharp is one of the most seminal and enigmatic figures of the British underground music of the last 4 decades. A Scottish singer and experimental composer, his first release with The Freeze “In Colour” came out on an independent scottish label in 1979. Three John Peel sessions followed, and the band subsequently changed its name into “Cindytalk”, which became the medium for Gordon ( now also known as Cinder) solo output . As Cindytalk, he has performed all over the world . His most recent album The Labyrinth Of The Straight Line has been released on Editions Mego december 2016.

Massimo Pupillo is a musician, composer, and improviser, originally from Rome, Italy. After a lot of trials and errors, he started the trio ZU in 1997. Zu released some 15 albums (and lots of singles and compilations) on labels such as House Of Mythology, Ipecac Recordings, Atavistic , Red Note, Amanita, Frenetic, etc. Massimo released more than 50 albums in various line ups and collaborations, and played more than 2000 concerts all over the world.