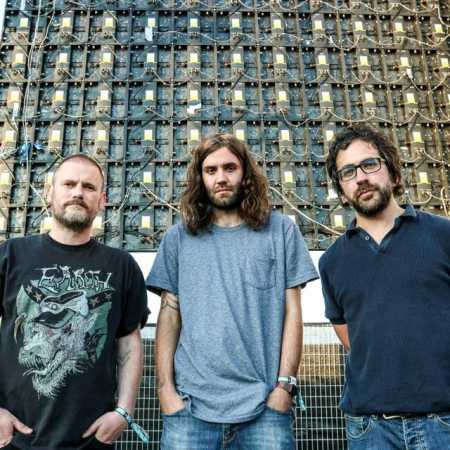 Beak (stylized as BEAK>) are an English electronic music band, consisting of Geoff Barrow (of Portishead) with Billy Fuller (Robert Plant) and Will Young (Moon Gangs), who replaced Matt Williams (MXLX, Fairhorns) in 2016.

Beak released their self-titled debut album on 16 November 2009. The music was recorded live in one room with no overdubs or repair, only using edits to create arrangements. All tracks were written over a twelve-day session in Bristol, England.

Beak also produced the debut album Anika by Anika and co-wrote two of the album’s songs in 2010.

That same year, the band toured in the US and the UK. They were chosen by Portishead to perform at the ATP I’ll Be Your Mirror festival, that they curated in July 2011 at London’s Alexandra Palace, as well as the US version of ATP’s I’ll Be Your Mirror in Asbury Park, New Jersey. They also porduced the soundtrack for Tom Geens' 2015 film Couple in a Hole, drawing largely on the band’s earlier material.