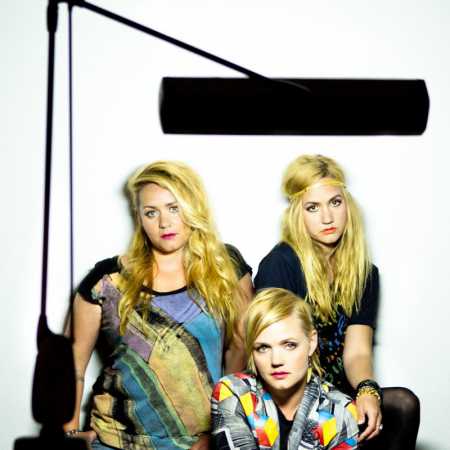 KillBill banjopunk from Sweden or mud-country from three Swedish sisters who call themselves basker. Bred in the suburbs of Stockholm, dad rock, which is released into the world as a plague on all alt: bluegrass, rockabilly, country or blues. Can you imagine how it sounded banjo in the hands of Jimmy Page? A bluegrass played after midnight Black Rebel Motorcycle Club? Chased you goosebumps scary grim austerity Cooderovy music for the film Paris, Texas? Are you the taste of blood in candid comments on the world teetering between sweet melancholy and raw despair? Basker at your service.

They thirties and touring childhood: his father in 2006 as Slaptones, then present themselves under the title: "Basker is a small village in the north of the country. Circulates in our blood against Finland, in other words, a lot of polar madness, anxiety and alcoholism, so what you’re wondering. “Rough rock screaming and yelling, but they can also zněžnět and maintain tension without strum a chord on a woman:” There are no girl band or a clone of Dixie Chicks. “And why are they in Sweden referred to as” KillBill, banjopunku or mud-country ". – Translated by Automatic service