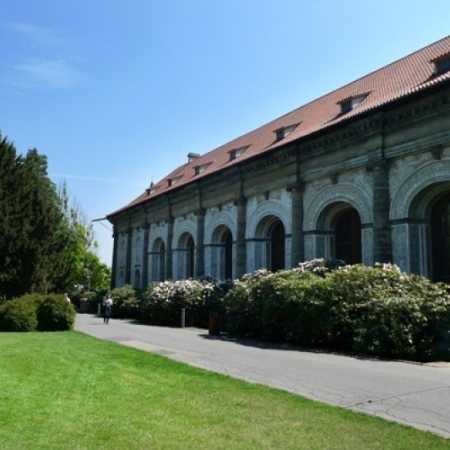 In the years 1567 to 1569 the so-called Large Ball Game Hall originated on the southern side of the Royal Garden, immediately above the slope of Deer Moat.

This Renaissance, richly decorated building has a dramatic history: until the 17th century it served successively for ball games and as a riding school and a stable. During the reign of the Emperor Joseph II it was used as a military storehouse. In the 20th century it was damaged by static defects and gunfire. It was burned to such an extent that only the peripheral walls remained of it.

In 1952 its reconstruction was completed under the supervision of P. Janak, but the Ball Game Hall was concealed in the closed Royal Garden. It was made accessible to the public after 1989 and is now used mainly for exhibitions of creative art, concerts and important social events.