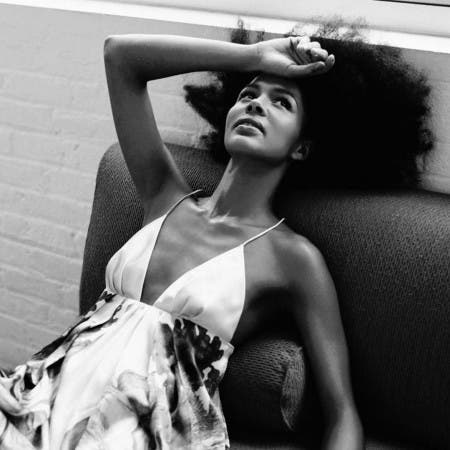 Ayọ is a Nigerian-German singer-songwriter and actress. She uses the Yoruba translation Ayọ or Ayo. of her first name Joy. Her debut album Joyful, which was first released in 2006, reached Double-Platinum status in France, Platinum in Germany and Poland, Gold status in Switzerland and Italy and Greece. The album was released in the United States on 20 November 2007 by Interscope Records. Ayọ was born in Frechen near Cologne, Germany. She has a son, Nile, who was born in late 2005 and a daughter, Billie-Eve, born July 2010, with the Afro-German reggae singer Patrice, from whom she is now separated. In March 2017 her third child, Jimi-Julius, was born. At the end of 2007, she moved with her family to the Greenwich Village section of Manhattan in New York City. At present, she lives in Brooklyn, New York with her children.