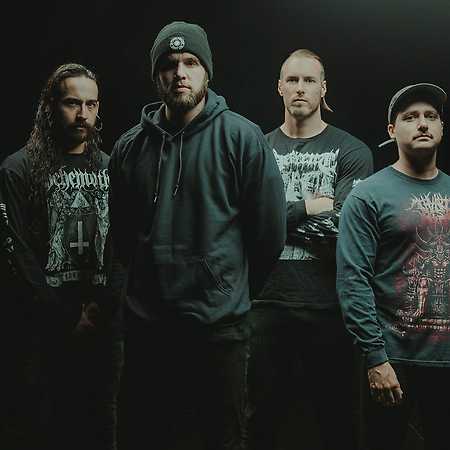 Aversions Crown is an Australian deathcore band from Brisbane which was founded in 2010.

The band was founded in 2010. In 2011 appeared the debut album Servitude, which was produced by Andy Marsh of Thy Art Is Murder and mixed by Mark Lewis (Whitechapel, Carnifex) at Audio Hammer. Then the label Nuclear Blast became aware of the group and signed them. Their second album Tyrant appeared in 2014. For the song Hollow Planet also a music video was created. So far, the group had played performances in Europe and Australia along with Thy Art Is Murder, The Acacia Strain, Oceano, All Shall Perish and Cattle Decapitation. She also took part in the Warped Tour.