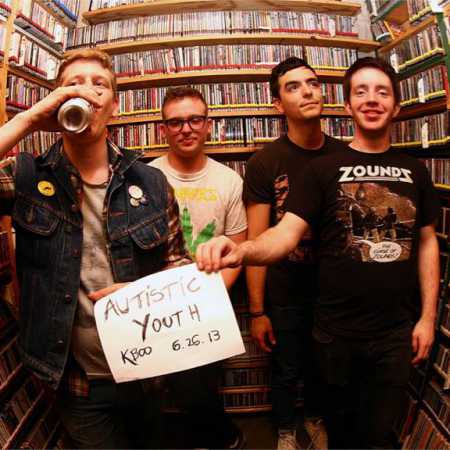 Autistic Youth from the capital of American punk, is a relatively young bunch of guys on that old punk generation of the city referred to as the new hope for the Portland punk. The band has from the outset absolutely clear about how he wants to sound so right first solo single, “Empty Eyes”, which issued from Kieth Hellshock, lebenden Toten and Warcry on his own label, Black Water, brings incredibly fresh, and a packed catchy mix of youth and nasranosti and frustration (and this is what I wonder) cool and mellow melodic ideas. Their music is simply incredible insight to the acquisition of the majority needed some practice, which is obviously something Autistic Youth completely ignored it and threw in there right now. And the fact that they managed to maintain here’s irritation mentioned, was absolutely perfect mix Adolescents and the first three albums Wipers. This iconic band from Portland (according to the song from the first album by the way, called Tragedy) is the same for Autistic Youth clearly the biggest inspiration and better it really could not catch, as evidenced by the current album “Landmine Beach” (Sabotage Records), which brings additional charge great punk music in the primordial sense and dominated anthem “Smash the Cop Cars with Bricks of Resistance” – Translated by Automatic service

Peter And The Test Tube Babies